Pitch in: Even if you sing out of pitch!

A silver-haired lady is reclining on the charpoy outside her humble dwelling in West Bengal, India. Her hearth is empty, and hunger gnaws at her stomach. She hasn’t eaten a hearty meal in days. Yet, unlike the usual mental chatter that is commonplace to most of us, her mind incessantly plays musical notes that emanate from every day of her life since she was six. They offer her inner soul nourishment that no food can give. And these sacred notes—that never leave her psyche—are testimony to her lifelong absorption in music.

Sadly, that is about the only testimony today.

For, in the twilight of her life, she is struggling even to get her daily meals. Yes, the pandemic is cruel. It has snatched away her only means to earn a living—musical performances before an audience. This is no longer possible, especially for musicians like her, who do not know how to perform online—and even if they do, have no access to such openings.

Let’s move down to South India now. An accomplished mandolin artist meets with a terrible accident in 1999, when he fractures his left arm and has to have a steel brace with (no less than) fourteen screws inserted into it. Somehow, he pulls himself together and life moves on—but Fate is cruel, for seven years later, he meets with yet another accident that now hits his right arm! Again, fourteen screws are inserted there too. Resilient as he is, he doesn’t give up playing the mandolin, and even teaches students. But the impairment tells—in the overpowering fatigue that sweeps over him each time he plays the instrument for too long. Even if his mind eggs him on to play, his body doesn’t permit it beyond a short while.

What is he to do? To live his life with dignity?

And these are just two of numerous true stories of acute suffering.

Now swing your attention to a hospital in the USA. A practising surgeon is hastily removing her white coat as she gets ready to leave for the day. Another operation somewhere else? Er—no. Not quite. She is scheduled to sing this evening on an online platform, with several other fellow doctors. Sing, did I say? Yes, sing. She has been looking forward to it ever since the event was planned, not only for the experience of singing in the presence of maestros like Shankar Mahadevan and Aruna Sairam, but because she has rallied around much of her social circle to donate to a very important cause.

In different parts of Texas, USA, a bunch of entrepreneurs are filled with excitement. That may not sound surprising to you: aren't entrepreneurs usually charged up about their business ideas? Ah, but these people are not exulting about their start-ups or any big business investment, but over a musical performance that they are going to give online, and that, too, in the presence of masters.

If you are utterly baffled by this array of pieces of a jigsaw puzzle that just don’t seem to fit,  this is where Shankar Mahadevan Academy Trust ties them all together—with yet another of its social programmes, aptly called SMA Muskurahat.

For as spelt out in their Mission, SMA strives to uplift lives through the joy of music.

During 2020-2021, countless musicians faced tremendous difficulty in making both ends meet. Where they once caused waves of peace and joy to fill the hearts of their listeners through their soulful music, they now face the dreadful prospect of poverty.

Call it synchrony: or Providence, or what you will. Sitting in Texas, Maha Krishnan watched SMA’s annual event SANGAM 2020 online, and running a music school herself, wondered how she could partner with SMA. Contacting Sridhar Ranganathan to find out how they could work together was easy. Coming up with a plan, though, seemed at first to be not so easy. Two music schools: located across the globe from each other. How could they do something useful together? Having just finished a call with a musician who was bemoaning the way the pandemic had hit artists like him, Sridhar asked Maha if her students could perform to raise funds for struggling musicians.

And bingo! SMA Muskurahat was born!

SMA Muskurahat has a novel recipe: first, take a huge dose of goodwill from SMA. Add to this a strong resolve by a partner organisation like Texas-based Shreekrithi School of Music. Now stir it with the music produced by—no, not professional musicians!—doctors, entrepreneurs, people who don’t sing for a living—but are joyously exploring the art form. Then, add a huge dollop of generosity: from listeners who applaud these aspiring musicians, even as they donate generously to the cause of struggling professional musicians who are unable to meet their daily needs for various reasons. They could just be all alone, pandemic-struck or unable to pay their skyrocketing medical bills.

The result? A monthly pension of Rs 4000/- for each struggling musician.

Wouldn’t you agree that this is a unique synergy? Doctors are generally accustomed to healing their patients. And maybe some of them sing a little oftener than just while taking a shower! But along comes an opportunity for them to sing before a Master like Shankar Mahadevan, and simultaneously help raise funds for struggling artistes! Can you think of a more win-win situation? In the words of Dr Kasthuri Rangan: “When I heard about this cause, I decided to pitch in, even if I sang out of pitch. It saddens me to know that so many musicians have fallen into hard times…”

The first show is held (appropriately) on Thanksgiving Day 2020. And it turns out to be far from amateurish, as all the doctors choose to sing various compositions set to the same raga: Yaman. With surgeon-like precision, each doctor introduces the composition that (s)he plans to sing in that raga, and takes off! As viewers listen spellbound, the coffers of SMA Muskurahat start filling up—donations begin to pour in from them, to help a struggling musician somewhere.

The doctors-turned-musicians often confess to ‘butterflies in their stomachs’ as they are going to perform on such a big platform. The hands which are unwaveringly firm during a critical surgery now tremble as they hold the microphone, to sing before an online audience that even includes professional artistes and celebrities. Add to this the chance of being mentored by none other than Shankar Mahadevan himself! Who wouldn’t be nervous?!

Says renowned vocalist Aruna Sairam: “Musicians give of themselves generously and they heal the world around them. To those unfortunate musicians who have lost their livelihood, SMA Muskurahat brings back the smile on their faces, and reaffirms their dignity through music.”

Cofounder of SMA Sridhar Ranganathan says: "To me, SMA Muskurahat is about showing respect to people who can call themselves musicians. Through this journey of 11 years with the Shankar Mahadevan Academy, I have realised that it takes a lot of talent, effort, time, practice and sacrifice to reach a point where one is able to perform even a single concert or compose a single song. SMA Muskurahat is a humble initiative to bring back the smile to these human beings who have worked very hard and yet find themselves in poverty. It is our collective responsibility to support such musicians who may be aged, abandoned, have met with an accident or are simply unwell for various reasons. Eventually, the vision of SMA Muskurahat is to create an endowment that will take care of musicians who qualify for this support, due to various misfortunes that life may have thrown at them."

Indeed, we owe these musicians far more than any balance sheet can tally. They wiped away our tensions, gave us hope on a lonely evening, and even helped us see beyond the petty and immediate through their far-reaching music. Ironically, instead of receiving our thanks, today many of them are struggling to meet each day’s demands!

Do get in touch with SMA Muskurahat, if you wish to contribute to this cause. There are so many ways in which you can: donations being the least of them. Do you know any singing group? Or perhaps, you could be part of a club that is learning to sing: and now, here’s your chance to sing in the presence of Shankar Mahadevan, even as you raise funds for a struggling musician somewhere! Remember, all you have to do is to pitch in: even if you sing out of pitch! 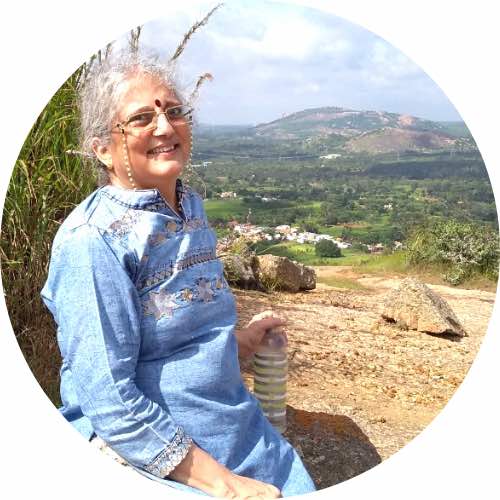