Written by Sayali Kadvekar on 30 September 2021

A challenge never fails to spark learning. That’s a lesson I learned as I helped my student Gayathri learn Hindustani Vocal Music.

A mother of one child, Gayathri works from her home in Hyderabad. From her childhood days, she would listen to a number of compositions in Carnatic music. She now wanted to learn to sing compositions in Hindustani music. So she enrolled for HV 101, which is Shankar Mahadevan Academy’s basic-level online program in Hindustani vocal music.

Both Hindustani and Carnatic classical music programs typically start in a similar way. They introduce beginners to the singing of the seven basic musical notes – Sa, Re, Ga, Ma, Pa, Dha, Ni. But there ends the similarity. The choice of 7 notes in the two streams of Indian classical music is different. Hindustani music uses all the seven notes in shuddha (whole tone note). Carnatic music uses Re and Dha in komal (flat note, a position below the whole note).

Gayathri faced her first challenge right away in her very first class. She was unable to sing the Re and Dha notes in shuddha form. Getting someone to do that was a new task for me. The entire session of the first class went only in trying to get Gayathri to switch from komal to shuddha Re and Dha. I asked Gayathri to pause singing and gave her a clear idea about what we had to achieve.

My first task was to help her understand the notes by singing them one by one. Listening is the key to understanding. I reckoned that because musical notes are an abstract idea one can best understand them by listening to the notes repeatedly. So, for each note, I would first sing the shuddha note and then the komal note. And Gayathri would listen intently. Then I advised her to listen to the class recordings of the seven swaras sung in shuddha form.

It was time for her next class. And it was time to switch her from only listening to singing repeatedly for practice. I gave Gayathri different patterns of notes to practice. Some of these patterns were in avarohi (descending) order of notes – for example, GaReSa, MaGaRe, PaMaGa, DhaPaMa, NiDhaPa, Sa’NiDha. The patterns I asked her to sing supplemented the patterns prescribed in our Academy's OM book. (The OM Book is Shankar Mahadevan Academy's comprehensive music book. It contains theory lessons, practice exercises, compositions and their notations, and sample recordings for the exercises and the compositions.) Side by side, I moved ahead with her lessons.

It took Gayathri 5 class sessions to accurately sing Re and Dha in shuddha form. In her sixth class, she was singing it seamlessly and confidently.

I believe Gayathri's accomplishment had a lot to do with her sincerity, honesty and diligence in following her teacher's instructions. She never failed to send me her practice recordings for every new pattern given to her to sing.

The experience I shared with Gayathri has boosted my confidence as a teacher. The lesson I learned was that I should be open to creating a personalised method of practice that will help a student achieve her goal. 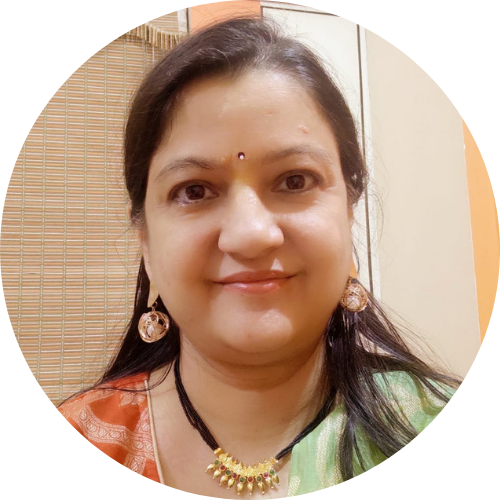 Masters in Science and Music. Happy and thankful to teach music; hopeful for the best. Always!