Can Ragas affect the way you feel?

I used to take my son to dance class twice a week. When kids go inside we moms wait outside and peer through the window to see them dance. The children in the dance class group were 4 to 6 years old. But I could see one girl in that group who was a little older and was enjoying the dance in her own way.

One day I saw her sitting on the floor and sobbing. Her mom waited for a while but she had to go in soon to console her. Though she tried her level best to console her, her girl would not stop crying. Finally, she brought her out of the classroom. I walked up to her and asked what was the matter. The mother, Dhanya, told me that her daughter, Michelle, has autism. And she shared that whenever Michelle hears any sad tune she starts crying, and it takes a long time to pacify her.

I remembered that a few minutes ago the dance teacher had played the song "Radha Teri Chunari" from the movie “Student of the Year”. That song begins with an aalap (prelude) composed of komal swaras (flat musical notes). And it was those notes that affected Michelle so much.

I was shocked to learn that a 9-year old child could be so sensitive to swaras. Being a music teacher myself, my curiosity knew no bounds. I wanted to know more about the effect of music on Michelle. So during the next class, I asked her mother about it.

Dhanya said that Michelle is very interested in music, especially singing. Once she had enrolled her for a singing class but Michelle kept on crying during class for three continuous class sessions. So she stopped taking her to that class.

I asked Dhanya what was being taught in that class. Raag Yaman, she replied.

Now, my curiosity grew even greater. I wanted to do research that – if swaras can make someone sad, can they make her happy too?

Till now I have heard from people and read in books that when Tansen in the court of Emperor Akbar sang Raag Miyan Malhar, it started raining. And when he sang Raag Deepak, it started a fire. But Michelle was a live example in front of me as a person who got deeply affected by swaras.

I wanted to find out two things: 1) What kind of music can make her happy? 2) How can I be a little useful for people like Michelle with whatever little knowledge of music I possess?

I have been teaching music for the past more than 20 years. But somewhere I still have been lacking in satisfaction – I don't consider that I have done useful work in my life. I crave to do something more meaningful in life – and do work not just for the sake of a job. Michelle drew out my inner wish and now I feel I have found something which I have been looking for. I know music has super powers, and I now want to use those powers to make someone feel happy. And that's how I can make myself happier too.

I wanted to teach music to Michelle but I didn't want to hurt her by any chance. I started thinking of ragas which have all shuddha swaras (major notes in music), and ended up with Raag Bhoopali and Raag Bilawal. I asked Debashree Dasgupta, my friend and a music teacher herself, for her help with song suggestions. She reminded me of a song called "Chidiya Chali”. And I was all set to start my new journey.

I was still scared. What if she doesn't like the song, I wondered. So I decided to send her mother a few instrumental recordings of songs based on Raag Bhoopali and Raag Hamsadhwani. I asked her mother to play the songs and tell me about Michelle's reaction. Dhanya played the songs and told me that Michelle came running to listen. When the songs were over, she asked for them to be played again and again.

I felt more reassured and confident that I would cause Michelle no hurt. So I called her to my house. Dhanya and Michelle both came over. But I didn't know how to start teaching Michelle as she was not ready to sit or be at a place – she was continuously pacing around in my house.

Finally, I started singing and asked Dhanya to sing after me. Hearing us sing, Michelle came running over and sat next to me. Dhanya and I kept singing, and after some time Michelle started singing with us. And I could see happiness and joy on her face.

After a while we stopped singing, which got Michelle all upset. She started singing and looked at me as if to ask me, “Why have you stopped singing?" I started singing again and noticed the look of satisfaction on her face. Then, she came and sat on my lap and started singing. I could—here and now—feel the real meaning of music, the joy of music. I have never felt like this ever before in my entire life.

I want to feel that again and again. For my sake as much as for people like Michelle. 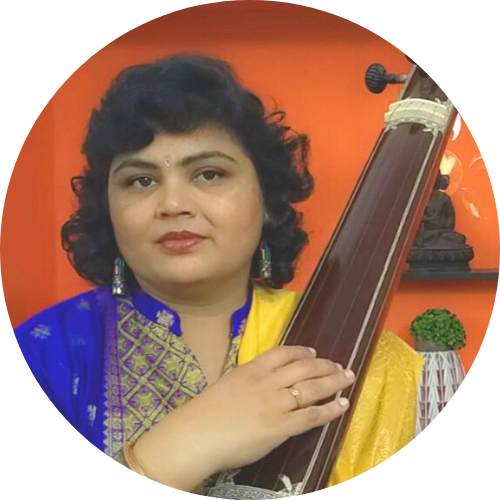 In search of the healing powers of music; I would love to help people around me through music.

Musical Connections - Exposing Kids to Music from a Young Age
Its Never Too Late to Start Learning Music!