The first music lesson is a lifelong lesson.

Written by Krishnan Sivaramakrishnan on 13 March 2020

You can learn anything. So long as you want to learn. But there’s the catch. Not all children who join a music class want to learn. Many join class not by choice, but on the wish of a music-loving mother or father. The simple view of the parent is that once in the water, the child will learn to swim. Else, the child can always be hauled out.

Great music teachers recognise this catch. And they have a remedy for it. They put in all their might to make the first music lesson a life-time experience – even to the most unwilling ear. They create a desire to learn.

Recently, on February 14, 2020, I witnessed one such lesson – the first lesson in music that was attended by about 100 children. It was conducted by Shankar Mahadevan, founder of Shankar Mahadevan Academy. The Academy calls this lesson “Vidyaarambh”.

To the few who may not know Shankar Mahadevan, he's a renowned Indian singer and musician who is at equal ease with Indian classical, devotional, jazz, fusion, popular music – he’s constantly exploring his musicality. He’s a teacher who has pledged to spread the joy of music. And, along with Sridhar Ranganathan, co-founder of Shankar Mahadevan Academy, he is a musical do-gooder for the underprivileged.

In 2017, the two ex-college mates formed the Shankar Mahadevan Academy Trust, a charitable organisation, and launched an initiative called Inspire India Project. It’s a program that intends to spread the joy of learning music in underprivileged households. With funding support from Tata Trusts, Inspire India Project runs three Centers in Mumbai – at Sion, Govandi, and Chembur.

Back to Vidyaarambh. Vidyaarambh literally means “the beginning of learning”. It could be learning your school studies, or learning some fine art. A tradition practised in south Indian homes, Vidyaarambh falls on the tenth and final day of Navratri, an Indian festival that celebrates the triumph of good over evil.

Wonder is the magic glue of learning. If you’re filled with wonder, what you learn stays forever. Shankar Mahadevan had one shot – all of 40 minutes – to fill those 100 children with wonder. And he did it. From my vantage point by the side of the stage, I could see the children, all 100 of them, who sat with him on stage and around, immersed in wonder. Here’s an eyewitness account.

It is a tradition in India to begin any journey with a Ganesh Vandana. This is a prayer in honour of Lord Ganesha, who is reckoned as the lord of auspicious beginnings, the remover of obstacles along a path.

The children intrigue Shankar Mahadevan. When they sing in a group it feels as though their voices are on key. Individually, some voices tend to stray off-key. As Shankar Mahadevan points this out it seems to inspire a connection between the children: together, they can get it right.

The first thing you learn in any music class is the seven musical notes. The seven notes are fixed positions on what is called a musical scale. One simple way of calling out these notes is to use the numbers 1, 2, 3, 4, 5, 6, 7. Simpler still is to give them a name that is easy to call out or sing. That’s what Indian music does, using the syllables Sa Re Ga Ma Pa Dha Ni – called Sargam. Syllables make vowel sounds that are easy to sing or call out. 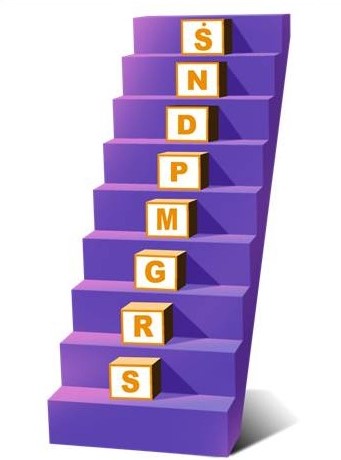 In the first music lesson, most music teachers will teach you to sing Sargam. But sometimes your teacher might ask you to sing the musical notes, dropping their consonant sound and using the only vowel sound “aaa”. For example, while singing Sa, you drop the sound “Ss” and just sing “aa”. You are now singing what it is called "akar".

Akar is a vocal technique that will come handy as the children progress in their lessons. But Shankar Mahadevan plants the seeds right there and then because singing akar spices the first lesson with variety. It’s a fun introduction.

Beats come naturally to us. When a song plays we naturally feel its beats. And we naturally express the beats we feel by clapping our hands. That’s the way the children learn their next lesson – singing to a beat.

Alankar is the art of creating musical phrases. First, you create a pattern by arranging two or more notes together. Next, starting from the pitch of Sa, you repeat the pattern in each successive pitch in the octave – Re, Ga, Ma, Pa, Dha, Ni, Sa’. And you end up creating a garland of that pattern. You can use this pattern-making ability to embellish a song you’re singing.

A transformation in 40 minutes.

The first lesson is over. It is memorable – the chances are high that the lesson will stay etched in the memories of the children of Govandi Education Society. It is remarkable – the chances are fair that children and their parents will spread the word about their Vidyaarambh experience with their close circles of friends, neighbours, relatives.

Wonder has worked its magic. The joy in the faces of the children seemed to say that even the unwilling would now have the desire to learn. A transformation in 40 minutes.

The journey, itself, is the destination
"I felt like quitting learning music, but I hung on..."