The Tanpura truly justifies that there is sheer beauty in simplicity. The simple Indian classical instrument does not play a melody of its own, instead it supports and sustains the melody produced by another instrument or singer with its continuous harmonic drone. This long-necked four string instrument is an essential part of Indian music. The Tanpura is considered to be the perfect accompaniment for vocal practice. Any vocal practice is effective only when singing is in sync with the melody and rhythm. The Tanpura helps the singers to achieve absolute control over their pitch. The powerful resonant drone produced by it creates an environment which acts as a prelude to the performance. This exotic instrument also holds a deep relationship with different cultures of Indian society.

Drone music is produced by adding or subtracting long sustained notes continuously. Drones basically provide a strong foundation over which other sounds can be built. The Tanpura is an essential accompanying instrument which provides a point of reference for creating other sounds; musicians or singers can freely improvise over the drone.

Drone in music is a sustained sound, unbroken throughout the performance of a song or a concert. In Indian music Tanpura provides the canvas for creating a myriad soundscape. The Tanpura gives the essential base note Sa or Aadhar Shadja, on basis of which all other instruments are tuned up. Tanpura is a constant reference for the singer and accompanists to stay in sync with each other. The Tanpura also gives the 5th note Pancham (Pa) which provides the additional support along with the Sa.

Hindustani and Carnatic Variants of Tanpura

Miraj style is the preferred variant for Hindustani performers. Named after a town in Maharashtra the Miraj Tanpura is primarily used by Hindustani Classical musicians. Mostly three to five feet long, it has a well-rounded resonator face (tabli) and a long hollow straight neck. The round lower chamber is pruned from a hand-picked and dried gourd (tumba).

The Tanjore style is the south Indian variant used by Carnatic musicians. Its shape and style of decoration is slightly different from the Miraj. Mostly, the gourd is not used for making the instrument instead a solid block of wood is used to gouge the spherical part. It has an asymmetrical neck which tapers towards the top. Also, the diameter of the neck is slightly smaller and front plate relatively flat than its north Indian counterpart. 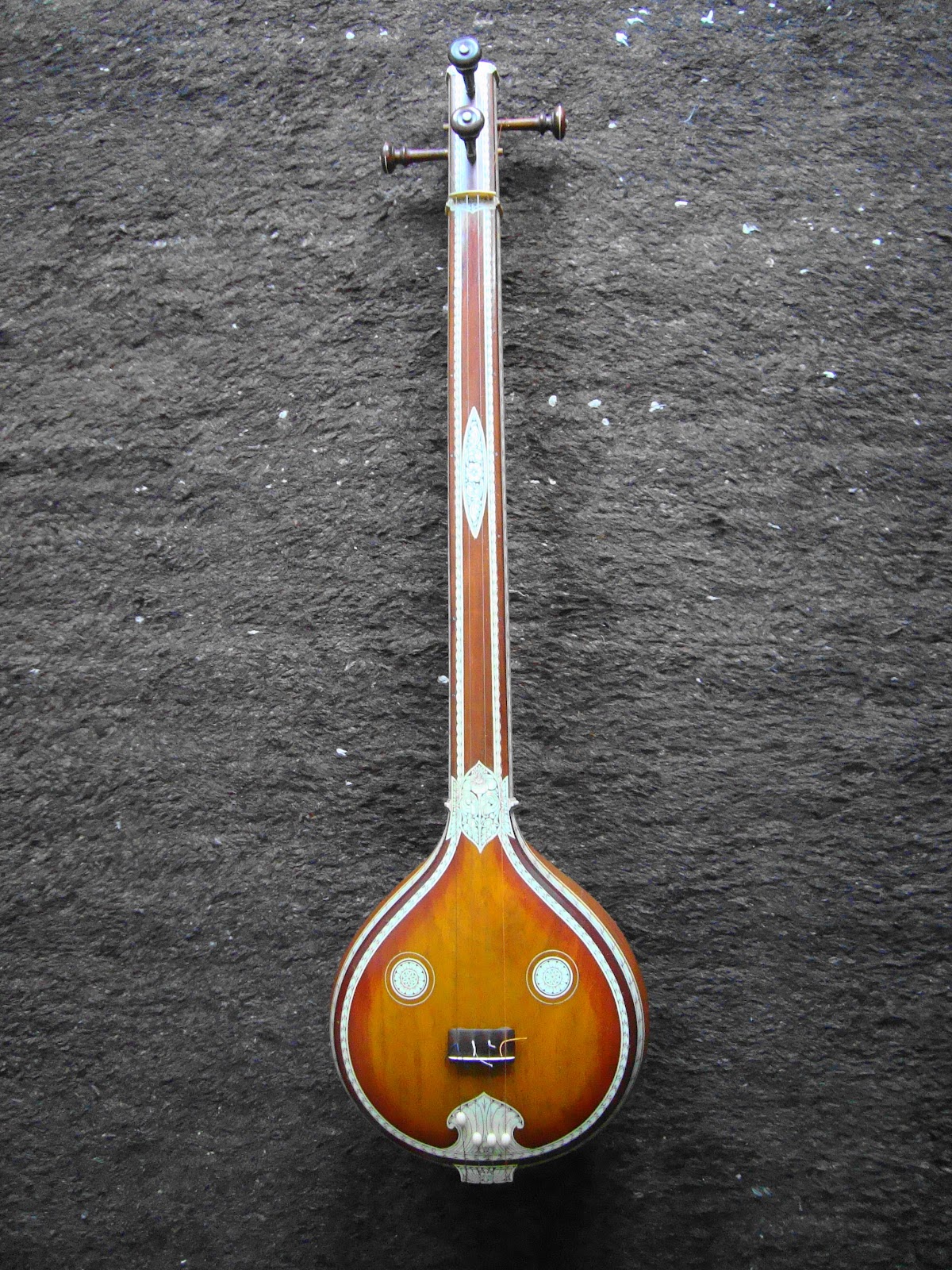 The instrumental tambura or the Tanpuri, is a small-scale instrument which has become quite popular because of its size. Typically two to three feet long, the instrument has wooden body with a shallow resonator and slightly curved tabli. It is the favourite instrument for accompanying solo performances and preferred by travelling musicians due to its light weight.

Proper posture is important for the proper playing of the Tanpura.

String 2 and 3 together are called Jodi strings. They are tuned to the Aadhar Shadja i.e. the Middle Octave Sa.

Our next post will talk about the Journey of the Tanpura from an acoustic instrument to its modern form in apps.

Journey of the Tanpura
Sitar - Connecting the East and West